She wanted everything that had happened so far to be a rough draft. When she realized that it wasn't, and it couldn't be, she did the next childish thing she could do: she tore it all up into pieces and walked away.

"The rules don't apply to me!" she called out, exiting with a middle finger raised high in the air. Whose idea was this game, anyway? She grumbled. It certainly wasn't hers.

And so, bags packed, she walked. That was the first step – to walk. She knew she needed to leave, but how, to where, she didn't know. So she walked.

Step one, don't look back. Step two, don't say good-bye - not out loud, not in your head. Step three, keep walking, bitch! Step four, cry if you must, your tears are inconsequential. Step five, don't stop. Step six...oh, shit. The path was unfolding beneath her feet. Wasn't somebody going to stop her? Wouldn't God have thrown down a pile of bricks to block her exit by now?

Where there hadn't been landscape only moments before, a landscape appeared and broadened with every step she took. Step twenty, some weeds shooting through the cobblestones that scurried ahead of her feet. Step twenty-one, some shadows sketched in above the trees, meaning days and years and time had passed, meaning this place had always existed even before her choice to walk there drew it into being.

Step forty...step two hundred and...thirty-seven-thousand and...by now her toes had worn holes through the fronts of her shoes, the land had grown deep in its commitment to reality, she was lost, though her destination was nowhere.

As she slowed to a halt to rest on a rock by the side of the road, dust settled in the hairs of her nose. She sneezed. A pigeon fled in a scurry.

So far, this journey was not glamorous.

Step whatever-the-hell-we're-on, accept that when you run away from home, and nobody stops you, and all you've left behind is the imprint of your middle finger upon the air, you're still going to feel like shit.

Yeah, you learned somewhere once that Fuck You's only boomerang back to the sender, but out here, in the land created solely for you to run away into - and this ain't no Oz, either, no munchkins, no yellow brick road, and the only witch is you and you're good AND bad AND ugly and beautiful - that boomerang whistles through the air with a particular sharpness and when it slices the skin right off your cheek only you remain laughing at yourself AND feeling dumb about it AND...the madness has followed you.

She plopped down on a rock. Of course the grooves wouldn't conform to the contours of her body. Who was she trying to impress, anyway? She moved to the ground, back against the rock, knees bent...no, that wouldn't do either. Exasperated, she threw her whole body to the ground, face to the sky, in Starfish Surrender. Maybe splayed out like a corpse she wouldn't feel any pain.

"You see?" she called out to the hawk whose shadow dipped in and out of the sparse clouds inching across the sky. The hawk didn't answer. She was used to being ignored, so that was just fine. She laughed, dejected.

"Hello?" she tried again. No response.

And then, softly, to herself, "Okay."

She hooked one ankle over the other and threw her hands behind her head. A traveler's pose, like Huckleberry Finn. She sighed.

"Here we go." And her voice rang too sweetly in her own ears. In it she heard a heart full of music, a longing for connection, a dream, a girl...no. To her own ears, her voice could have no music. So she vowed to stop talking.

Immediately, a cry erupted from the caverns of her soul, shooting upwards to threaten the hawk's path. Would nobody hear her? This poor hawk had no use for her tales, so why did she cry? She cried because it was all she could do. She cried because words had left her, and the path had deceived her, and now there was no one left to scold her for her tears. So she cried.

It felt so good, she cried again.

And once again, she breathed. Now was the time to rest. 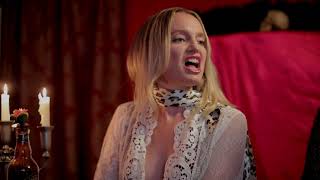 Sex and the Transylvanian City 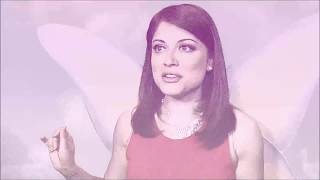 Sex and the Transylvanian City

Spoken Word - I Knew That You Loved Me

Beth in the Attic